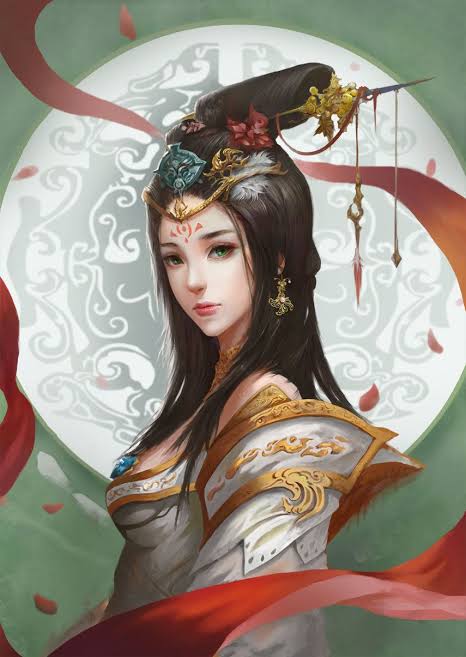 An Qingran was not satisfied with what had happened. To tell the truth. This incident did not pull out the vicious things that Lian Jinrong and An Yanran did behind them, nor let them fall completely from the General’s Fu. Moreover, An Yanran would marry into Kang Wang’s palace. She knows that this matter, as long as the father comes out, will surely come to end. Emperor is impossible to not give the General a face. But, fortunately, in this life, An Yanran will not becomes Kang Wangfei, at most only side concubines!

Then her children can only Shu born. It’s not so easy for them to think of Kang Wangfu’s position. Her turnaround battle is enough for her to fight. See if she has the energy to fight with herself!

Shu Guifei sat on the Phoenix couch, frowning, even more faintly with anger. Kang Wang standing on the ground. He is also full of anger.

Shu Gufei left with all the people that day. Although she was with them, she went back to the palace all the time. She didn’t even know what happened to Kang Wang, because no one told her at all.

When Kang Wang came back, she also got the news and asked him to come to see her directly.

She looked at her son after a while she finally said, “Is the rumor true?”

Dongfang Ye nodded, his face was red and white. To tell the truth, he did not know how to come back from the General’s Fu . On theway, he carefully recalled. The final conclusion is that his aunt and cousin had calculated himself and let him be discredited in front of the public. He had a good impression of An Yanran, but did not expect that she could be so thoughtful!

He hated himself too. Why didn’t he see they were using it?

How could he be so stupid?

Shu Guifei looked at her son and felt ashamed and angry. This matter will be a scandal in the capital. How could she raise her head in the palace? The emperor did not know yet. If he did, how would she deal with it?

“What the hell is going on?” Shu Guifei urgently said, “How many times have I told you that if you marry, you should marry An Qingran. Although An Yanran is your cousin, she’s Shu born. Her position doesn’t count in General’s Fu.Even in the relatives forces is not as good as An Qingran mother and daughter. You know, Lian Fu and Lou Fu are all close with An Qingran. Is An Yanran so respectful expect that outside face?”

“Mufei, This thing is a bit strange. An Yanran asked her son to go to Wangyue building. Then the aunt took a large group of people and found it. How could this have happened if they hadn’t arranged for it? ” Kang Wang is extremely angry now, but he has nothing to hide from his own mother.

“What did you say? Tell your mother what happened!” Shu Guifei got angry as soon as she heard that is hard to pressed . How could she be calculated by others, and still Lian Jinrong?

She felt that she had never treated her badly. Why did she do that?

Kang Wang said everything that was happened. Shu Guifei also recalled that Lian Jinrong suddenly wanted to look for An Qingran. At that time, she was very strange. When did Lian Jinrong care so much about An Qingran? But I didn’t think it was like this. Speaking of this, it was their plan. There was no other possibility.

Thought of this, Shu Guifei could not sit still: “I should immediately let Lian Jinrong into the palace, I would like to ask her, in the end what is the matter?”

She remembered the last time she came before her and asked her son to marry her daughter in a roundabout way. She didn’t promise herself. Obviously, she was too anxious.

Isn’t afraid of blocking yourself desperately?

Shu Guifei was very angry: “This is their mother and daughter’s fault, I go back to your Fu Huang, let him decide for you!”

Kang Wang sighed, “Will the Emperor believe me?”

“What? Aren’t you telling me the truth?”

“It’s entirely true, but my son just received the news. I heard that An Yanran had told the people in the General’s Fu that I forced her to do this, that I asked her out, that she was too weak?” When Kang Wang talked about it, he was crazy.

“What?” Shu Guifei laughed angrily. ” Sharp, At the young age actually has this stratagem.It’s amazing!”

What she said was irony.

“Mufei, aren’t we too active? They have done something wrong, and outsiders don’t know. Don’t we know yet? Is it so easy for us to be big grievances if they don’t give a confession?”

“They’ll give us a confession?” Shu Guifei thought about it and sighed, “Son, you think too simply. If we don’t do anything, we can’t stand the gossips. This saliva will drown us. Your Fu Huang don’t like people who have no sense of responsibility. So, even if you’re angry, afraid you should marry her!”

Shu guifei looked at her son and her heart was in a state of confusion. If this matter is not handled properly,it would be a joke. If she is a child of an ordinary family, she can completely stop her from entering the house. But just because they were royal family and can’t be criticized for their action. This mistake had already been done and they had to make up for it. If done well, it can also save a some face. Otherwise, in the palace, she and Kang Wang’s status can be worrying. Originally, Kang Wang was still a good child in the eyes of the Emperor.He was at least a lot better than the crown Prince. Crown prince’s name in outside is not admirable. Sometimes the Emperor can’t do anything with him.

And Kang Wang, however, had never done anything bad to the Royal family. He was always positive and the Emperor appreciated him very much. At this moment, don’t not know what the Emperor thinking.

Can she tell the Emperor that Kang Wang was framed?

How could the Emperor believe it? A little girl captured him? And then he could leave and nothing would have happened!

So, no matter how you put it’s all unpleasant to hear!

Looking at Kang Wang’s appearance, Shu guifei smiled: “Marry her, just a side concubine. If you don’t want to see her, just put it in a yard, who knows?”

“She? She was so small and so shady. son let her in the yard, and he has to be on guard against her!”

“What? She , that a little girl scared you? What are you going to face in the future, you know? ” Shu Guifei said meaningful.

Kang Wang was stunned and said, “Mufei, do I really have to marry her?”

Shu Guifei sighed, and she frowned: “Well, let’s put this matter off for while. So that they will have to be nervous and have a taste of our annoyance!”

Kang Wang did not say yes.

He felt very uncomfortable about having to marry An Yanran. If it had been before, it would have all right. But now he hates her very much and hate her mother too!

Does he Kang Wang gonna be held by them like this?

THIS IS FAN TRANSLATION .IF ANYBODY WANTS START OFFICIALLY CAN PICKUP IT.THE IMAGES IN THIS SITE ARE ALL FOUND IN WEB AND CREDITS TO CREATORS.

GIVE ME YOUR SUPPORT FOR THIS TRANSLATION.